The heart of the festival is the AACT  One-Act Competition, organized by the Oregon Community Theatre Alliance! All one-act performances will take place Saturday, March 18 at the Historic Grand Theatre. Entries:

Beaverton Civic Theatre’s (BCT) mission is to entertain, educate and enlighten while including the community on stage, behind the scenes and in the audience. In 2016, BCT received Beaverton’s Arts in the Marketplace award for launching the Theatre for Young Audiences series, educational partnerships and maintaining affordable ticket prices. 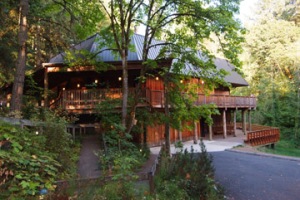 Pentacle Theatre is one of Oregon’s oldest and most successful community theaters, located in a beautiful wooded setting west of Salem. The Zoo Story put Edward Albee on the American theater map for its compelling and provocative portrayal of two very different men. Exploring themes of isolation, loneliness, communication and the gap between those who have and those who have not. With David Ballantyne as Jerry and Patrick Moser as Peter. Directed by Jo Dodge. 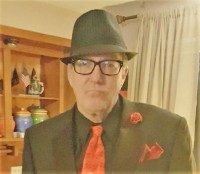 Join Aumsville Community Theatre as we go back to the roaring 20s. Someone has it out for the Don. Dominic Brundizzi has been the head of their mafia family for the past five years, but he got there under mysterious circumstances.  Now, someone is trying to kill him. Come rub elbows with ruthless gangsters and kooky flappers, try to figure out what really happened, and solve “who done it!” This show is interactive and fun! Performed at Capitol City Theatre. VIP Wine & Beer Tastings!

This play weaves together a number of familiar and less familiar Brothers Grimm tales, all with the added touch of a dwarf or two as the seven dwarfs wander the woods and wilds in search of one another and of their home. Family-friendly! Performed at Capitol City Theatre.

Come laugh at the local seasoned professionals as they present our flagship show that is driven by your suggestions! Family-friendly! VIP Wine & Beer Tastings!

Elsinore Theatre. Shakespeare in the Castle. By the Original Practice Shakespeare Festival.

Join Portland’s Original Practice Shakespeare company in the majestic lobby of the Elsinore Theatre for condensed versions of Romeo & Juliet and A Midsummer Night’s Dream on Friday & Saturday, and a full version of Comedy of Errors on Sunday. Enjoy dinner and drinks while the performance takes place around you! Premium Content. VIP Wine & Beer Tastings!

A staged reading at the Salem Multicultural Institute Gallery in the Reed Opera House. How much would you pay for a white painting? Would it matter who the painter was? Would it be “art?” Three friends discuss the value and interpretation of art while testing the bounds of their friendship. VIP Wine & Beer Tastings!

The Laugh Out Loud Project. By Sharon Moore. 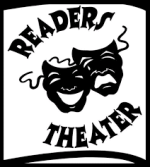 Originally conceived as a short program of humorous stories read by some gifted local talent,  the Laugh Out Loud Project has evolved into a full program of humorous short stories scripted for a Readers’ Theatre format interspersed with some original  songs with accordion accompaniment.  Family friendly! Performed at Capitol City Theatre.

This beautiful drama about a woman’s attachment to the child she had hoped to adopt was originally produced at the Oregon Shakespeare Festival. Performed at Pentacle’s West Salem location. Premium Content (your Festival Pass provides a $10 discount). 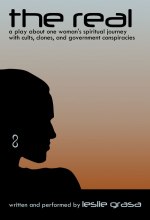 A play about one woman’s spiritual journey with cults, clones and government conspiracies. Once part of a government-sponsored genetic experiment, Alice Becker has kidnapped a baby and gone into hiding. She reaches out to friends to explain her actions and ask for help. With her body failing, she begins to question her identity and the nature of reality as she waits for rescue. VIP Wine & Beer Tastings!

And more to come!

Are you a theatre artist? Do you want to be? Try one of the Workshops taught by our local professionals! Most workshops will take place at Pentacle Theatre’s downtown rehearsal space at 145 Liberty St NE. Workshops are open to anyone with a Festival Pass, or $10 at the door. Seating is limited, so make sure to arrive early. Priority seating will be given to those with a Student Pass (and a current Student ID. College counts, too!). Great for anyone wanting to improve their skills!

Ace Your Audition! By Kate Thompson. 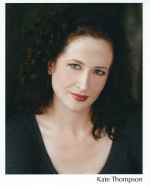 Curious about cold reading? Want to improve your auditioning skills? Learn how to target the roles that are right for you, prepare for a cold reading, and present your best self at this workshop for participants in high school and community theatre.

Beginning with Nothing: Tools for Devised Performance. By Amanda Cole.

Directing with Actors. By Tom Gressler.

Practice and discuss the basic tools of a director: play selection, finding the story, and working with actors. Explore the golden rules of directing and several secret tips that everyone says they know but somehow forget to apply!

Standing out from the crowd: The Art of Nailing a Mass Audition. By Nate Cohen

A brief breakdown on strategies and best practices on how to make yourself stand out at mass auditions. Learn what people on the other side of the table are looking for, and build your skills on how to give it to them. Workshop covers monologues, slating, characterization, dialect work, attire, and an overview of what to expect at Generals and Unified calls.

Your Body On Stage. By Leslie Grasa

Welcome Party! In the basement of Ritter’s Restaurant.
Kick off the weekend with a welcome celebration in one of Salem’s hippest downtown eateries! Wood-fired pizza, local ingredients, and love of food are the magic recipe for this community-centered restaurant.

Community Lunch.
Bring your lunch to the Elsinore and enjoy an hour mingling with Salem’s theatre community. Hosted by legendary teacher and Children’s Educational Theatre-founder Phyllis Quanbeck and local actor Tom Hewitt, this is your chance to talk with fellow audience members and theatre artists!

GoSalem365 Community Breakfast. An informal breakfast at Capitol City Theatre catered by Roth’s Fresh Market. Stop in for a bite, then head off for a workshop or a matinée!

United by Music North America presents a performance-based music program for people with developmental challenges and delays, featuring program artists and their professional musician mentors in a lively hour of songs and stories that will leave you wanting much more! This Portland-based band is part of an international company, celebrating its 10th year in The Netherlands and fifth in the Pacific Northwest.

Close out the weekend with an hour of rock’n’roll by Salem’s own River City Rock Academy. At the Grand Theatre.