Meet your Adjudicators and Workshop Instructors!

Adjudicator and Workshop Instructor (Standing out from the crowd: The Art of Nailing a Mass Audition)
Nate is a director, teacher, and producer in Portland, OR. He is a Resident Director at Theatre Vertigo, sits on the Board of the Portland Area Theatre Alliance, and has worked extensively with companies such as Artists Repertory Theatre (for whom he is the Junior Casting Associate), Third Rail Repertory Theatre, Action/Adventure, the Portland Experimental Theatre Ensemble, and CoHo Productions. He is also the Lead Producer of CoHo’s internationally-touring production of The Gun Show and serves as Isinglass’ Program Director. Nate graduated from Lewis & Clark College with a degree in Theatre Performance, and has worked on more than 20 productions in Portland in the past 3 years.

Adjudicator and Workshop Instructor (Beginning with Nothing: Tools for Devised Performance)

Performer and Workshop Instructor (Your Body On Stage)
Leslie Grasa creates original performance work inspired by dreams and classic stories. Recent productions include her one-woman show, “The Real: a play about one woman’s spiritual journey with cults, clones, and government conspiracies” and “Siren’s Fury Playlist: a musical about finding solid footing.” Leslie holds an MFA in Contemporary Performance from Naropa University and an MA in Theatre from Florida State University. In addition to performing her own work, she enjoys teaching performance. She is also initiated and teaches in the Hungarian Basca Shamanic tradition and is a Reiki Master and teacher in the Usui Shiki Ryoho System. On stage, as well as working with students she is passionate about the ancient practice of using stories to bring healing to individuals and communities.

Adjudicator and Workshop Instructor (Directing with Actors)
Dr. Gressler was born into a vaudeville family, performing professionally for ten years, including an appearance on The Ed Sullivan Show. Afterwards he was Entertainment Director for Special Services in Korea, which included producing the Bob Hope TV Special. He then became Director of Theatre at the University of Oregon and Linfield College. He has directed nearly 200 plays, musicals and operas, and has published three books and numerous articles. 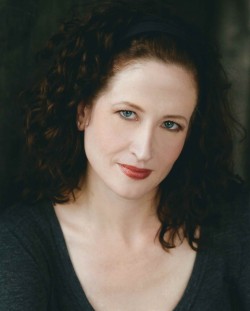 Workshop Instructor (Ace Your Audition!)
Kate Thompson has developed and taught acting classes and workshops in the US and Canada for over 25 years. Kate has taught acting in a wide variety of settings, including programs for at-risk youth and elementary, middle, and high school students; as well as offering classes for the general public and teaching on the university level. Highlights include working with the Stratford Festival’s Leslie O’Dell to bring summer programming to young people in the Waterloo region of Ontario, Canada; making Shakespeare accessible to middle and high school students in underserved areas of West Virginia; and, as an adjunct instructor and guest artist in the Department of Speech and Theatre Arts at Fairmont State University, helping students start West Virginia’s first TheatreSports team. An Oregon native, Kate returned to Salem in 2014.

Back to Performance Line-Up

Back to Festival Page